Free postage. Completed listings. I always thought they were the coolest toy soldiers. I had my glossy toy metal Britains series , my plastic deetail Britains and then my "connonsieur" Reeves matte painted. I still have all of them today and add a few here and there, for some reason the allure is still there.

One thing I could never find was an actual catalog of what they did make. Does anybody have any other history to add? I have the Reeves Napoleonic figures. All foot figures and also some wwll, civil war and a few others. I never received a catalog but did get a list from the San Francisco company to order by mail. Andy Neilson spoke of the Chinese man who made them figures when Andy was first starting. Andy used his old factory to produce his first figures. Andy did mentioned that the old man had a office with beautiful military miniatures in cases. I don't know if he made other miniatures also.

I have always liked the figures. I think my all time favorite figure is the Hessian from the Am. Leadmen, if you ever sell your collection, give me a call first as I am sure you have ones I need. I've never heard of these before, so would it be possible to post a pic or two for us to enjoy? Thanks Jeff. I have 19 of them that my father just gave me. He was clearing out space. They are mostly Napoleonic and a few ARW.

The packaging ranges from a hard plastic case to soft vacu form cases. Most were never taken out of the packaging. The cases were mismatched but that was the way he bought them. They are mostly matt. I will try and take pictures of them. Don't really need them. Mismatched boxes, Yes, I do remember that well, that was always a fun time trying to figure out exactly what I had!! A quick examination of the carcass revealed a major internal structural weakness that led to the catastrophic failure. So as I cleaned up the after the titanic disaster I could only think where am I going to put everything?

The Saxons did not falter at the loss of their lord but set upon Ivar and his huscarls. Spears were shattered, shields broken and helmets cleft as the loyal thegns battled the Danes. Three times they attacked the Danes and three times they were thrown back. The Danes, having the power of the field, then drew off taking with them the gold. The Saxons mourned the loss of their lord as the ravens feasted upon the fallen. My own force was made up of un-refurbished second hand Vikings.

The game was based on a treasure hunt scenario, with both sides attempting to discover the hidden treasure and then exit off their table edge with it.

The armies were worth twenty four points each. The Saxon army comprised three units of upper class spears and two units of foot companions, while the Viking army consisted of four units of foot companions. The first few turns saw both armies advance towards the terrain features designated as potential hiding places for the lost treasure.

The Saxons reached the wood at the left of battlefield but their search a die roll failed to discover the treasure. The Vikings searched the hill opposite the woods but also failed to find anything. This gave the Saxons time to move into striking distance of them. In turn five the Vikings reached the triumphal arch and made a successful die roll and discovered the hidden treasure hoard.

With the Saxons now in striking distance, Wulfstan issued a challenge to Ivar to meet in single combat. Ivar killed Wulfstan in single combat forcing the Saxons to take a courage morale test. Only one unit of Saxon spears failed and were forced to retreat a short distance before rallying the following turn. These were driven off with both sides taking a single casualty each. The Saxon spears then attacked again and were repulsed again, taking yet another casualty. Ivar and the remaining companions were able to begin their withdrawal, taking the treasure with them.

In turn nine the Saxon spears were now threatened by the fresh Viking unit and formed a shield wall in response. Over the remaining few turns Ivar and his companions were able to leave the field of battle with the treasure hoard. The Viking force enjoyed the spoils of victory while the Saxons could only mourn their dead. Lion Rampant rules provide an entertaining game that moves fairly fast and comes to a definite conclusion. They allowed two armies of differing sizes and compositions to do battle on an even footing.

Lion Rampant successfully imparts a sense of warfare in the early medieval period in an enjoyable way and I look forward to playing them again. It seems that game shops in northwest Tasmania are like buses, none for years and then two come along at once. Two dedicated game shops opened in Burnie recently and I was able to visit them with my gorgeous wife just before Christmas.

The first shop we visited was called Games on Board. We perused the many games on display that ranged from role playing games to board and miniatures based games. Tables were set out at the back of the shop for gaming and visitors could also try out some of the available games. We had a cordial chat to the owner and made a couple of purchases. 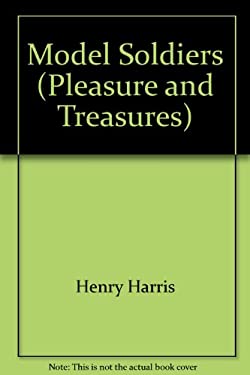 The second shop is Mind Games and it offered more standard board games and puzzles that also appealed. Sadly we were unable to buy anything there as we had already spent our spare cash. However we did go back to Games on Board after Christmas and made a further purchase.

While I mostly play historical wargames my interests run to a wide variety of games and it is really great to see two game shops open in the region. There is also the advantage of being able to talk to the friendly shop staff about the qualities of each potential purchase. I wish both shops all the best. My lovely lady wife and I purchased three games in the end. It proved to be a quick enjoyable game that captured the character of the Firefly television series and Serenity movie.

It may prove to be the start of another new period.


Yuletide greetings! In my previous post I mentioned that I had completed some small terrain features. These consist of a bridge and hedges that were unearthed during a reshuffle of my wargaming stuff. The first piece is the Italeri Stone Bridge kit that I was given as a gift a few years ago. The kit went together easily and paints up quite well. So far the bridge is free standing but at some time in the distant future I intend to place it on a scenic base.

The hedges, bought many years ago likewise emerged from the reshuffle. They are simply attached to MDF bases that I cut out and flocked. Since my last post I have completed a unit of second generation Miniature Figurines Imperial Guard voltigeurs. They were bought second hand some time ago and required a few physical repairs before being repainted. This is almost complete and it only remains for me to apply the decals and then a coat of matte varnish when I get around to it. I have further completed some small terrain features and have been doing a bit of home casting but all that will feature in another post.

A few weeks ago a mighty battle was fought between the army of the failing Roman Empire and Saxon raiders bent on plunder and conquest. I acquired the book in and produced the paper armies to use with it at about the same time. I then played an enjoyable game using the rules and the paper flats back in the same year. Sadly they did not see any further use until recently. Indeed they would still be unused if it were not for a WWII miniatures game that did not eventuate.

The Greatest Little Show on Earth!

My opponent for the day was an all-round splendid fellow called Craig. The Roman army consisted of a unit of horse archers, a unit of heavy cavalry, and two units of auxiliaries, one unit of militia and one unit of legionaries, along with a unit of regular infantry archers. The Saxon host was made up of one unit of mounted nobles a little anachronistic but necessary to make up the Saxon army strength , one unit of noble infantry, four units of spears and one of bow armed light infantry.

The battle opened with both sides conducting a general advance. The Roman heavy cavalry, with support from the horse archers, raced ahead from their position on the Roman left to try and catch the small force forming the Saxon right before it reached the relative safety of a minor hill to the front of their starting position. The mounted Saxon nobles moved off from their position on the Saxon left and rode hard to intercept the Roman cavalry.

The Roman and Saxon cavalry charge towards each other. The Saxon right reached the hill and the light infantry archers let loose on the Roman cavalry which then veered off to engage the oncoming Saxon nobles. The Roman horse archers turned about and rode back around to the rear of the advancing auxiliaries to provide support. As the two lines moved gradually to contact, the cavalry clashed in the centre.

The Roman and Saxon cavalry melee while the opposing armies advance. At this point we had a break and partook in a splendid lunch of cheese and nachos with salsa and sour cream.